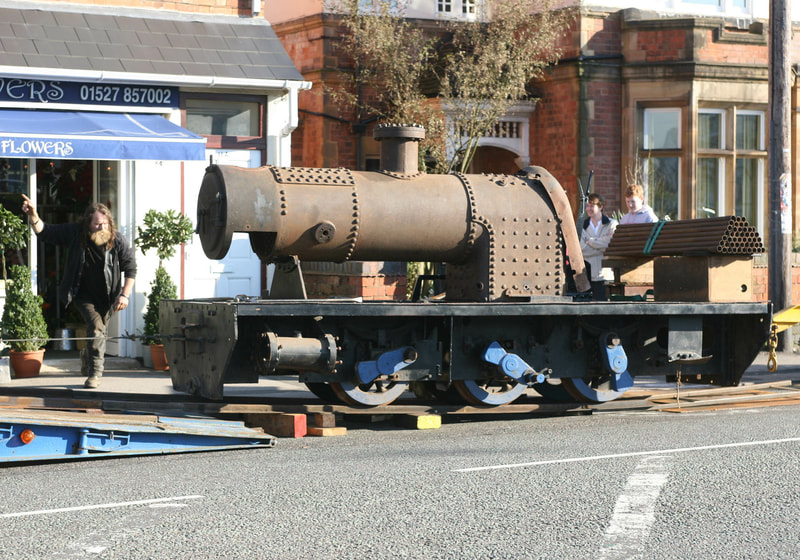 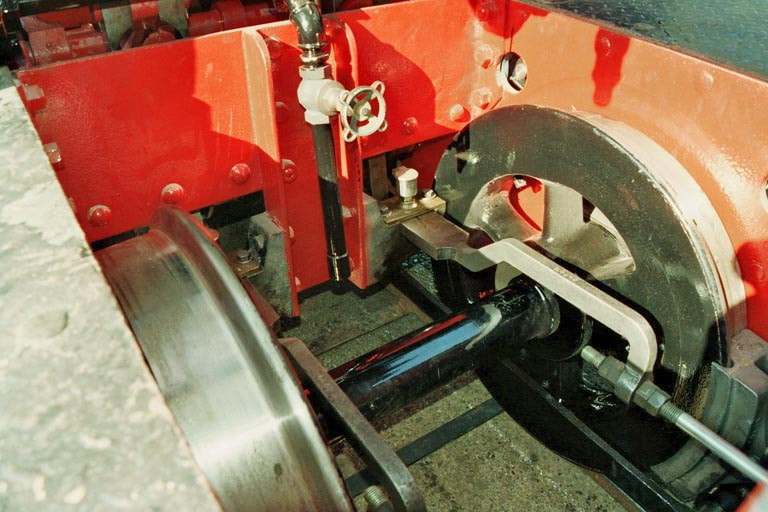 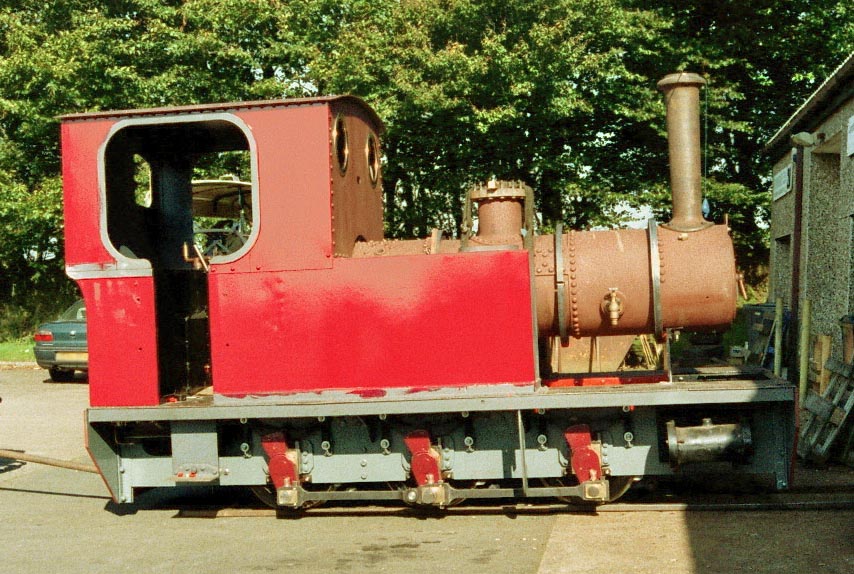 One of the first decisions taken was to re-gauge the locomotive from 2ft to 60cm to make her compatible with track standards on the Ffestiniog, Lynton & Barnstaple and many other narrow gauge lines. The wheels were removed and sent to Baguley Engineering at Burton-on-Trent. Investigation there showed the axle journals had been welded to build them up on the bearing diameters. We took a decision to have three new axles, re-profile the tyres and flanges, fit new eccentrics and new crank pins and quarter the pin throws accurately.

​In November 2007 Exmoor Transport started the restoration in North Devon in earnest under the control of Les Driver, their resident engineer, and apprentice Shaun Robins. 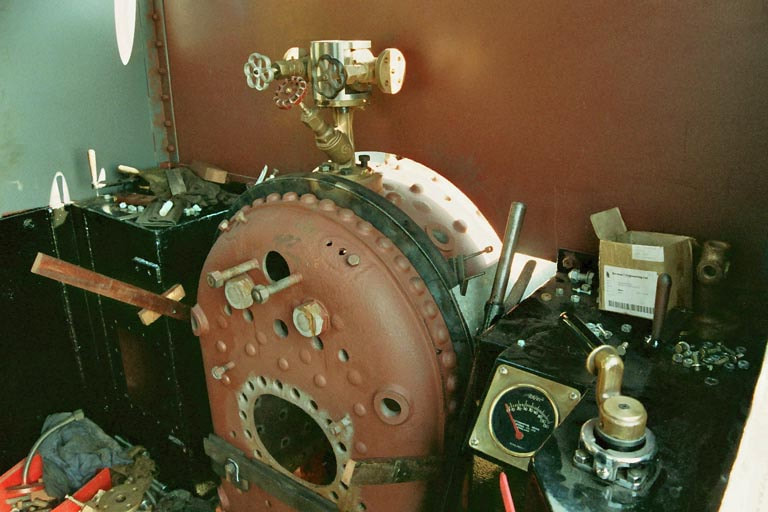 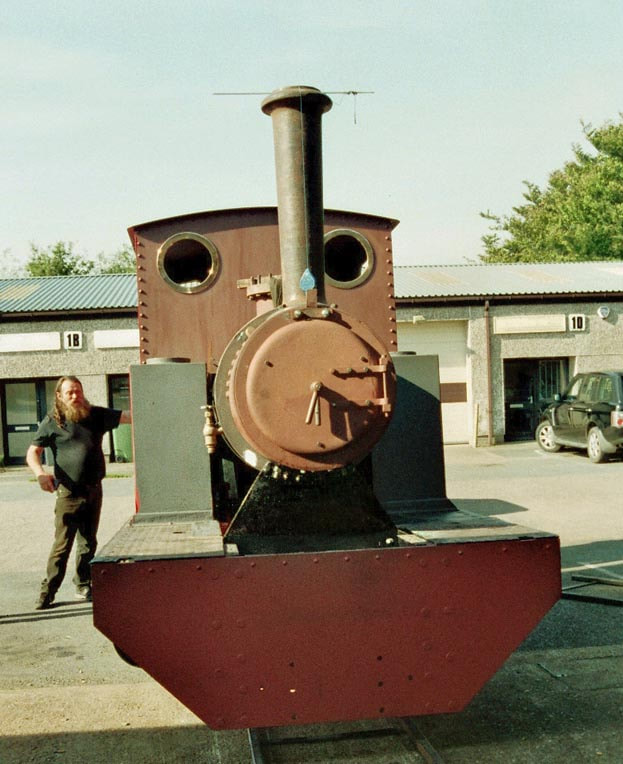 In spite of the seemingly endless list above, “Gertrude” truly is a restored engine faithfully replicating the original working engine with only two significant deviations – the modern air braking system and the construction of an enclosed cab. 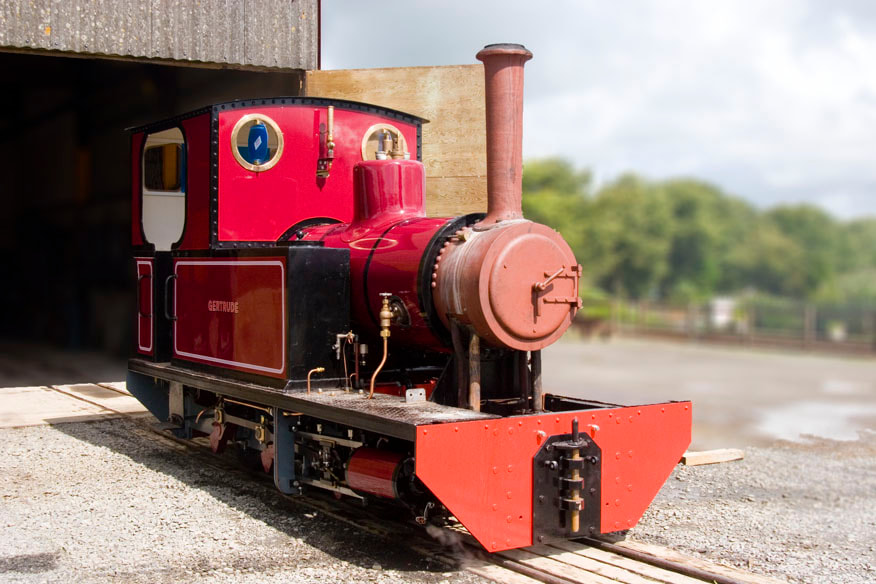 In 18th August 2009 ‘Gertrude’ received her boiler certificate, and over the August Bank Holiday weekend she visited the Leighton Buzzard Narrow Gauge Railway where she was reunited with sister engine (‘The) Doll’ for the first time since the pair were removed from Bilston in November 1960. Nearly Fifty years had passed since ‘Gertrude’ last worked a train, the Bilston Steelworks Rolling Mill line having been decommissioned in October 1959, and she had never worked a passenger train until the evening of Saturday 29th August when the Westmacott family were in attendance, an emotional reunion, especially as Sue Westmacott had tragically, and unexpectedly, passed away a few days earlier.

Restoring any steam locomotive is no easy task, and to achieve the fantastic standards attained with the restoration of Gertrude has only been possible with the support and or practical assistance of the following who we would like to acknowledge -
Les Driver, Andy Richards, Jim Pounds, Shaun Robins, John McGarrity, Len Howse, Darren Oggiano, Eric Leslie, Chris Poile, Bill Leadbetter, Roy Broxholme, Chris Hannaford, Robert Neighbour, Tony Brown, Mike Buse, Mike Selby, Andrew Kennedy and the Stirland Family. Thank you to everyone.

Gertrude has gone on to work most of the ten years of her first boiler certificate based at the Welsh Highland Heritage Railway. At the beginning of 2019, Exmoor Transport was wound up having completed it'd role in the locomotive's story. The engine is now homed at the Leighton Buzzard Railway in Bedfordshire. It remains in the ownership of the Westmacott family.
​
Powered by